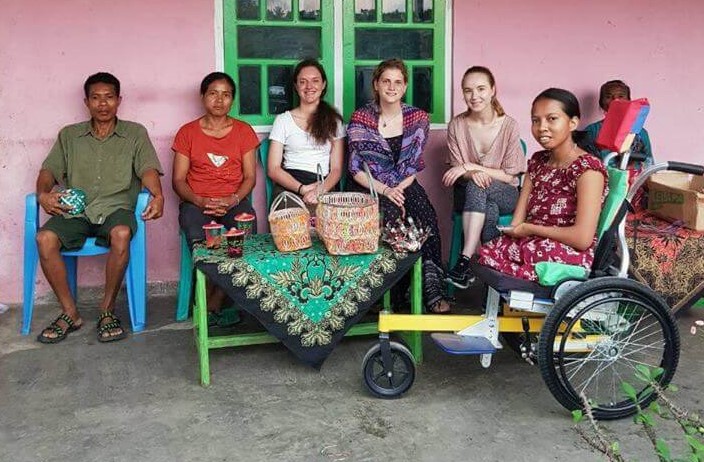 This blog is not about nice places or tips. As you can read on my ‘Beautiful People’ page I would also like to share stories of people that I meet during my travels. People that inspired me in some kind of way, all with an eye to environmental and social sustainability.

This post is about a girl that I met on an Indonesian island called Sumba. With two other friends I did research on this island into the waste management. It appeared that Indonesia is one of the biggest producers of waste and they often do not have a great waste management system. A lot of waste gets dumped on a landfill, in the sea or gets burned. All of these methods are damaging the environment and serious changes are needed.

We went looking for people that were contributing to the solution of managing plastic waste. This is the point where we got in contact with a special girl on Sumba..

The Girl that wants to be Independent..

Armin lives in a small house with her family on the island of Sumba near the city of Tambolaka. She is 17 years old and has a disability. She is born without hands and legs, which makes her very dependent on help of her family. In order to be more independent, she decided to watch tutorial videos on how to make certain handicrafts by reusing plastics. After a while she started asking friends to collect plastic cups that they use for water and juices and bring them to her. She would pay them a small amount of money in exchange for their efforts.

Of the cups she uses the top ring for herself made products. These products are baskets, bracelets and plates. By making the baskets she hopes to encourage her buyers to use these baskets for grocery shopping so that no extra plastic bags are needed. In this way, she not only recycles plastics that were thrown away but also adds a small part to the solution of this plastic problem.

Ambitions for the Future..

Being the real business woman she is, she thinks about expanding her business in the future by moving her production to a small shop. This shop will be given to her by the Sumba Hope Foundation of which she is part and to which she also sells some of her products. Other buyers can be foreigners (tourists) or other local people of Sumba.

To me it was such an honour to meet this strong and ambitious woman and her family. She tries to make the best out of her situation in life and also contributes to a better world. The way she taught herself to use her handless arms to make the products is just fascinating. She really stole a piece of my heart, of which she made use of course by selling a basket to me! 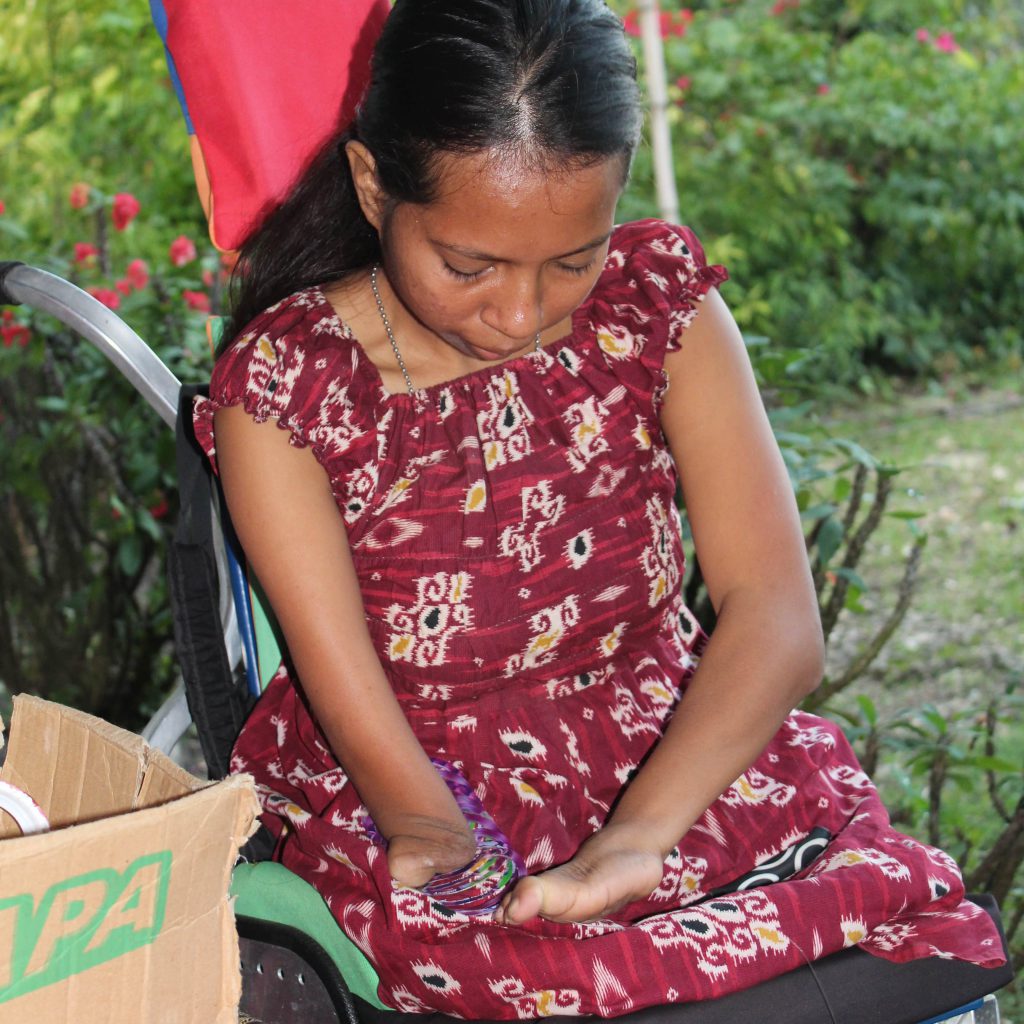 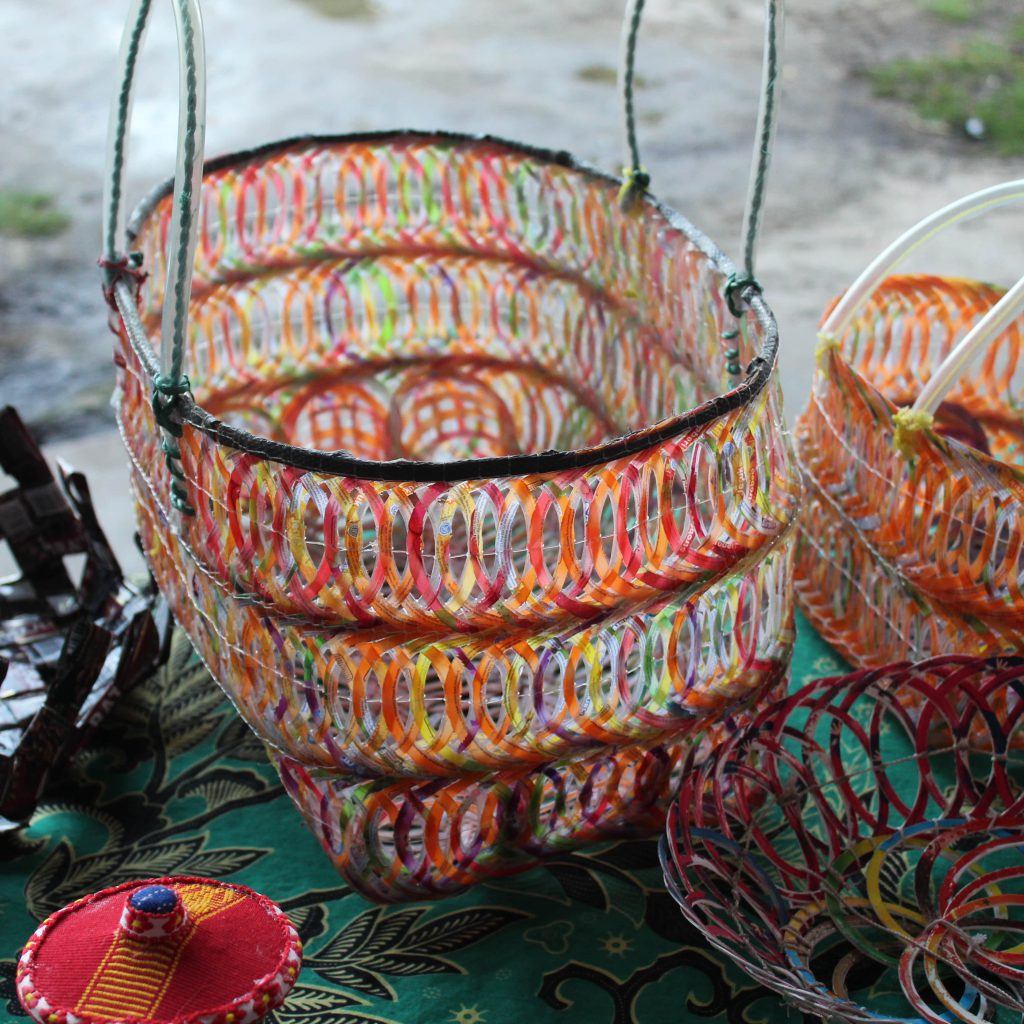 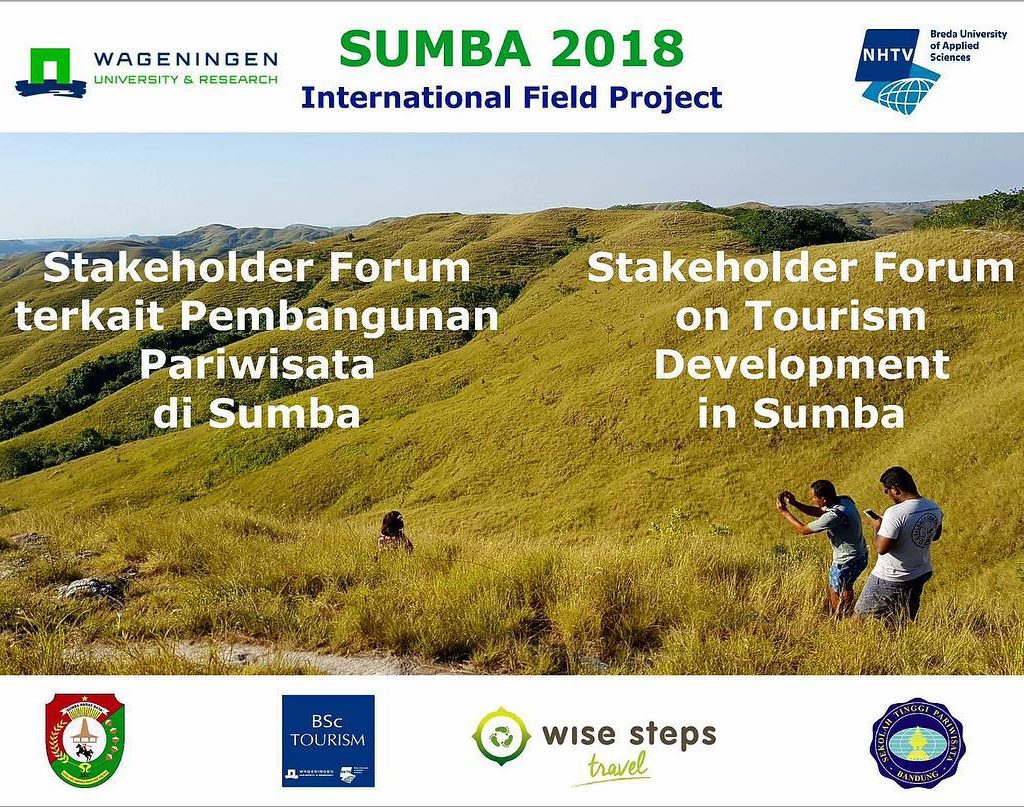 Bo
Hi! I am an animal / travel / Italian food addicted girl from the Netherlands! I grew up in the South of the Netherlands and moved to Italy for my university. Now I live and work in Agadir, Morocco and I love to write about this beautiful country! In my daily life I focus a lot on responsible travel and sustainability! I hope you will enjoy reading my blog! X love Bo